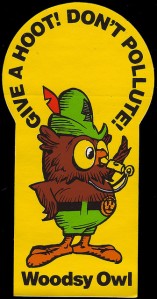 Over the last year I have become what some would refer to as an “avid runner”. Since June of last year I have run close to 500kms around the rural streets of North Langley and Fort Langley. For the first few months my focus was solely on breathing, running and not dying. Once I got all those things under control I was able to focus more on the music in my ears and the world around me. The gorgeous views across the Fraser River to Maple Ridge, the snow capped peaks of Golden Ears mountains and the piles and piles of garbage and litter that fills the ditches and fields of our relatively affluent community.

Now, I have never really considered myself an “environmentalist” but I have always felt that at some point everyone that lives within a community should care enough about where they live and raise their children to do something, once or twice a year, to make it a better place. This is big reason why I have volunteered every year  for the last 6 years as a Little League Coach and why my wife is on the Parental Advisory Council at our children’s school where as the treasurer she spends many hours fund-raising, attending meetings  and “doing the books”. This weekend however, I was informed of a clean up effort being held in our community of Walnut Grove. With all those visions from my runs fresh in my mind, I jumped at the opportunity to “pitch-in”. The plan was for the Township, the auxiliary police and a number of members of the community to meet up  at the local High school parking lot at 8:00 am on a Saturday morning to volunteer their time and clean up the surrounding area.

I was really looking forward to participating and wanted to bring my kids so that they could take part in this very worthwhile cause but both of them had sports to attend during the event so my wife shuttled them around while I signed my liability waiver, slipped on the latex gloves and grabbed my giant-sized tweezers (aka “the picker-uper-thingy). The group putting it on was very organized and had complimentary coffee and donuts donated by Tim Hortons. They also had blowers, plenty of garbage bags and pressure washers available, all that was missing was the hordes of volunteers I was expecting to be working with! Apparently there were over 60 people who had signed up and only 30 or so showed up even though it was not raining. I was shocked. I live in an area referred to as the Township of Langley which currently has a population of over 100,000 people, 25,000 of which live in Walnut Grove and at our once a year clean up day we had a whopping  0.001% of our population show up to “pitch-in”.

I put aside the fact that 99.99% of our community must have been unaware that this event was taking place or simply had important things to do that day and teamed up with a mother and her two kids aged 5 & 7 and set out to clean up

our assigned area. We were charged with the responsibility for picking litter around the high school’s track, two all-weather fields, 4 baseball diamonds another huge field and the trail network that joined them together. A daunting task for a group three times the size but we set out to do the best we could. Now given that this area was frequented by numerous sports teams and the 2000+ students that attend the high school the volume of garbage was expected to be high and it lived up to my expectation. I was disgusted. We spent the better part of three and a half hours slowly and meticulously navigating our way around the perimeter of the fence that surrounds the running track, then into an open area along a trail and below a foot bridge along a creek. Even though the kids lost interest in picking litter after about an hour we still managed to fill six big black garbage bags, haul two broken lawn chairs and a smashed, rusty old computer tower out of the creek bed. The bulk of the other garbage was snack packaging, beer/pop cans, plastic water bottles and nearly a hundred slurpee cups, lids and straws from the nearby Mac’s convenience store. 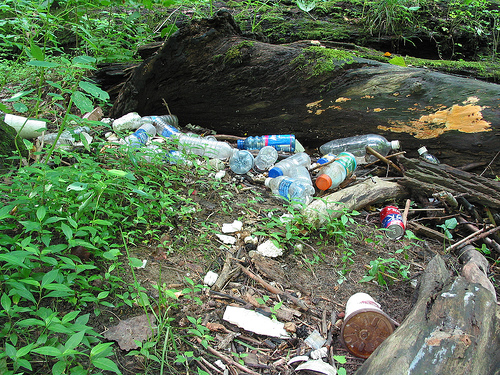 The event only ran until noon with the last half hour being a complimentary lunch of smokies, hot dogs, veggies and dip, juice boxes, bottled water and cookies.  As I munched on my cookie, all I kept thinking was, there has to be a way to get more people out to events like this in the future. The township representative said that they had run a couple ads in the local papers and that it was listed under the community events on their website. The family that I had worked with had heard it through the young girls Brownie troop and I had heard about it through an email from the newly formed Walnut Grove Business Owners Association. I thought about the high school with 2000 students that make a big percentage of the mess and wondered why none of them were there.

Taking part in this event has made me realize a few things.

Today I went for a run in the sun down 96th ave to Fort Langley and noticed that someone had dumped clothing items one by one out of a moving vehicle for over 2 kilometers. Cars were braking to avoid them not realizing what they were until the last minute. I am baffled as to what would make someone do this and it’s not the first time I have seen it done. My anger rose with every passing item. Ditches were littered with trash and road sides are covered in cigarette butts. The idea of trying to fix a problem like this is like trying to swim up Niagara falls but what I do know is that I am prepared to work with the Township next year to get more people out to take part in this great initiative. In the mean time, I will do what I did today. On my way back home from Fort Langley I picked up all of the clothing and carried it home to my own garbage can.

Once home, I fired up the computer to look into the Adopt-a-Street program to see how it all works and learned that the street in question from today is already adopted but clearly the person who has adopted it is not honoring their commitment of a once a month clean up. If you wish to adopt a street in your area it is free. To learn more about the Adopt-a-Street program and to see a map of the streets available in your area of the Township of Langley Click here. I am looking into it myself.

If you have taken the time to read this, Thank you. Now take a look at your own community and the world around you next time you are out and about. This is the world we are leaving for our children to raise our grand kids. Have a look online at your community events to see where you can help out. Be the .001% that makes a difference!